< Back to All Blog Posts

Retained Blood Complex (RBC) is a common complication that impacts up to 20% of patients recovering form heart surgery. RBC occurs when postoperative blood is not entirely evacuated from around the heart and lungs by chest drains, often due to blood clots that form inside tubes. In serious cases, RBC can cause the need for supplemental procedures to evacuate the retained blood to restore proper function of the heart and lungs. In addition, RBC is associated with effusions (pleural and pericardial), atrial arrhythmias and potentially postoperative infections. 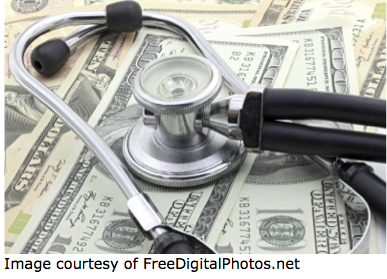 Given the role that RBC plays in the development of effusions, rhythm disturbances and possibly infections, hospitals are now starting to look at ways to implement programs to more effectively clear blood from around the heart and lungs while the patients are in the hospital, with the hope that these efforts will pay off in reducing hospital costs, complications and even the incidence of readmissions after heart surgery.

The timing is no coincidence.  The Centers for Medicare & Medicaid Services (CMS) are now implementing a number of projects that target reducing hospital readmissions for certain diagnostic categories, with heart surgery a top five priority. The Medicare Payment Advisory Commission (MedPac) has identified seven conditions and procedures that account for almost 30% of potentially preventable readmissions: heart failure; chronic obstructive pulmonary disease; pneumonia; acute myocardial infarction; coronary artery bypass graft surgery (CABG); percutaneous transluminal coronary angioplasty (PTCA, or stenting); and other vascular procedures. In 2013 penalties will begin for the first two categories, and in 2014 these penalties will include heart surgery. Up to 75% of all hospitals can expect some form of penalties.

Giving the changing incentives in healthcare, efforts are underway at a number of leading institutions to look at protocols to reduce RBC during recovery from heart surgery, including utilizing novel technology such as Active Clearance Technology to promote blood evacuation from around the heart and lungs while the patient recovers.